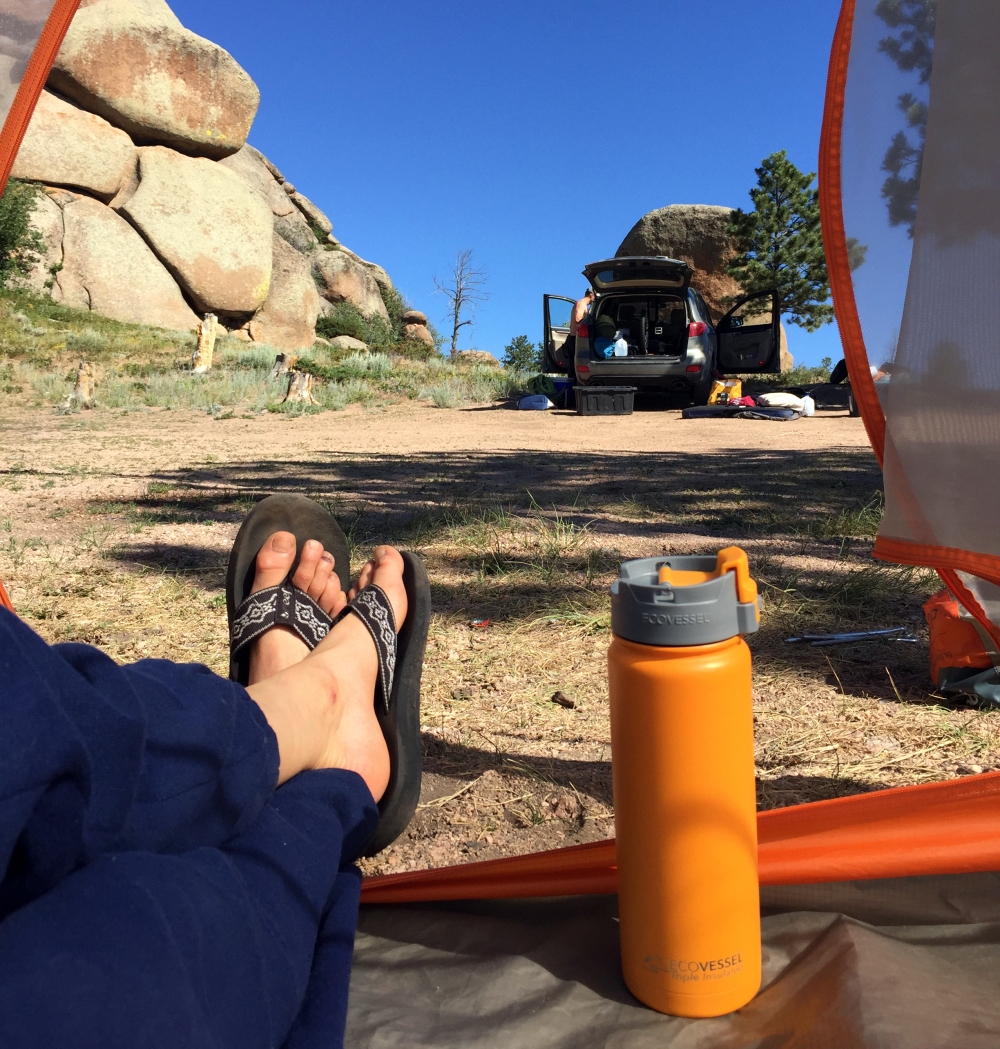 Really this is “Six Things I Dislike About Tenting,” but who would click on a title like that?

ONE: FINDING A FLAT, ROOTLESS, ROCKLESS PLACE TO SET UP THE TENT. In the desert it’s not so bad, but I grew up in New England, where it’s nearly impossible to find a nice, flat, rootless spot in the woods to pitch your tent. And when you do finally pick a spot, there is a lot of branch, rock, and pine needle excavation to be had before beginning number two below.

TWO: SETTING UP THE TENT. It’s not hard, but it’s never as easy as I’d like it to be. Tent poles flop over, the tent smells weird, and it takes longer than 30 seconds.

THREE: NOT SLEEPING IN THE TENT. You know those little roll-up sleeping mats that are essentially yoga mats–Yeah, they do nothing. Even with a mini crash pad, I find myself tossing and turning as one hip and then the other goes numb, and my shoulders are never comfortable.

FOUR: TRYING TO CHANGE CLOTHES IN THE TENT THE NEXT MORNING. It’s hard to change pants when you can’t stand up. It’s easy to lose socks in the mess of sleeping bags and mats. This combination makes changing more difficult than I’d like post a terrible night’s sleep.

FIVE: TAKING DOWN THE TENT. Somehow the tent is always wet, and shoving damp fabric into a bag doesn’t seem like a good idea. I also usually try to take down the tent before I’ve had my morning coffee, which is also not a good idea.